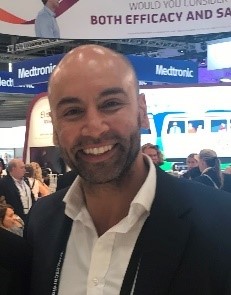 He qualified with Honours from Birmingham University in 2000 and was awarded his PhD in 2007 with research funded by the British Heart Foundation. He was awarded a clinical training lectureship at St Thomas’ Hospital, London where he completed his training in heart rhythm management (electrophysiology).

Dr Dhanjal was awarded a two year advanced electrophysiology fellowship at the renowned Henri Mondor Hospital in Paris and was appointed as a Consultant in 2014.

Dr Dhanjal has presented at several national and international conferences and published numerous scientific papers. He has received several awards and media recognition for his research and clinical work.