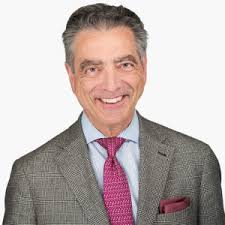 Dr. Bardy has been a cardiac electrophysiologist since 1983 with research interests in cardiac defibrillator technology, cardiac arrest, ablation, and atrial fibrillation from both a public health and a technical perspective. He has been a researcher and clinician in the field of sudden death and disabling cardiac rhythm disorders for 38 years with over 400 peer-reviewed publications. Dr. Bardy has also developed technological solutions to patient rhythm problems with over 240 U.S. patents issued, most of which have been incorporated in cardiac rhythm management technologies in use by many medical device companies. Most recently, Dr. Bardy’s previous company, Cameron Health, was successfully acquired by Boston Scientific in 2012 for its revolutionary Subcutaneous Implantable Defibrillator (S-ICD) product. In addition to serving Bardy Diagnostics, Dr. Bardy holds a faculty position as Clinical Professor of Medicine, Cardiology at the University of Washington and is the Director of the Seattle Institute for Cardiac Research. Dr. Bardy earned a BS in physics from Carnegie-Mellon University before completing his MD from Northwestern University Medical School. In addition, he completed his residency at Northwestern University and a fellowship in cardiology and electrophysiology at Duke University.