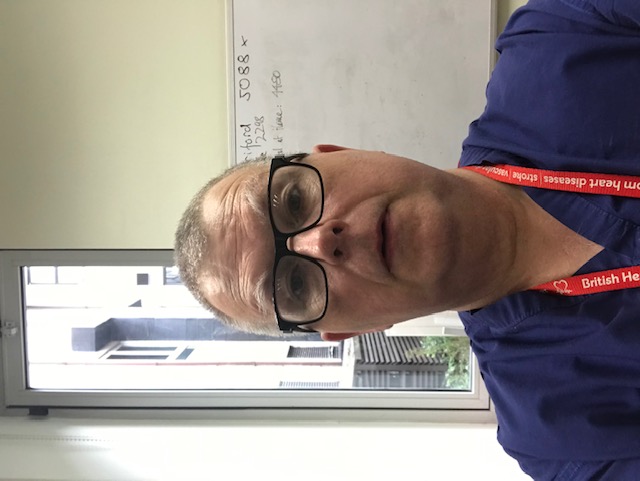 After training in cardiology at the Brompton and ST George's Hospital Dr Alistair Slade was apointed as a Consultant Cardiologist in Truro in 1996. He developed local arrhythmia services - expanding local ICD implant and repatriating services from St George's. He developed catheter ablation for common supraventricular arrhythmias and started implanting CRT systems over 20 years ago. He has served locally as a Clinical Director on 2 occasions and also as an Associate Medical Director. Regionally he served on the initial Peninsula Cardiac Network. He has served on BHRS Council since 2013 and is currently President of BHRS with his term ending in October 2023.