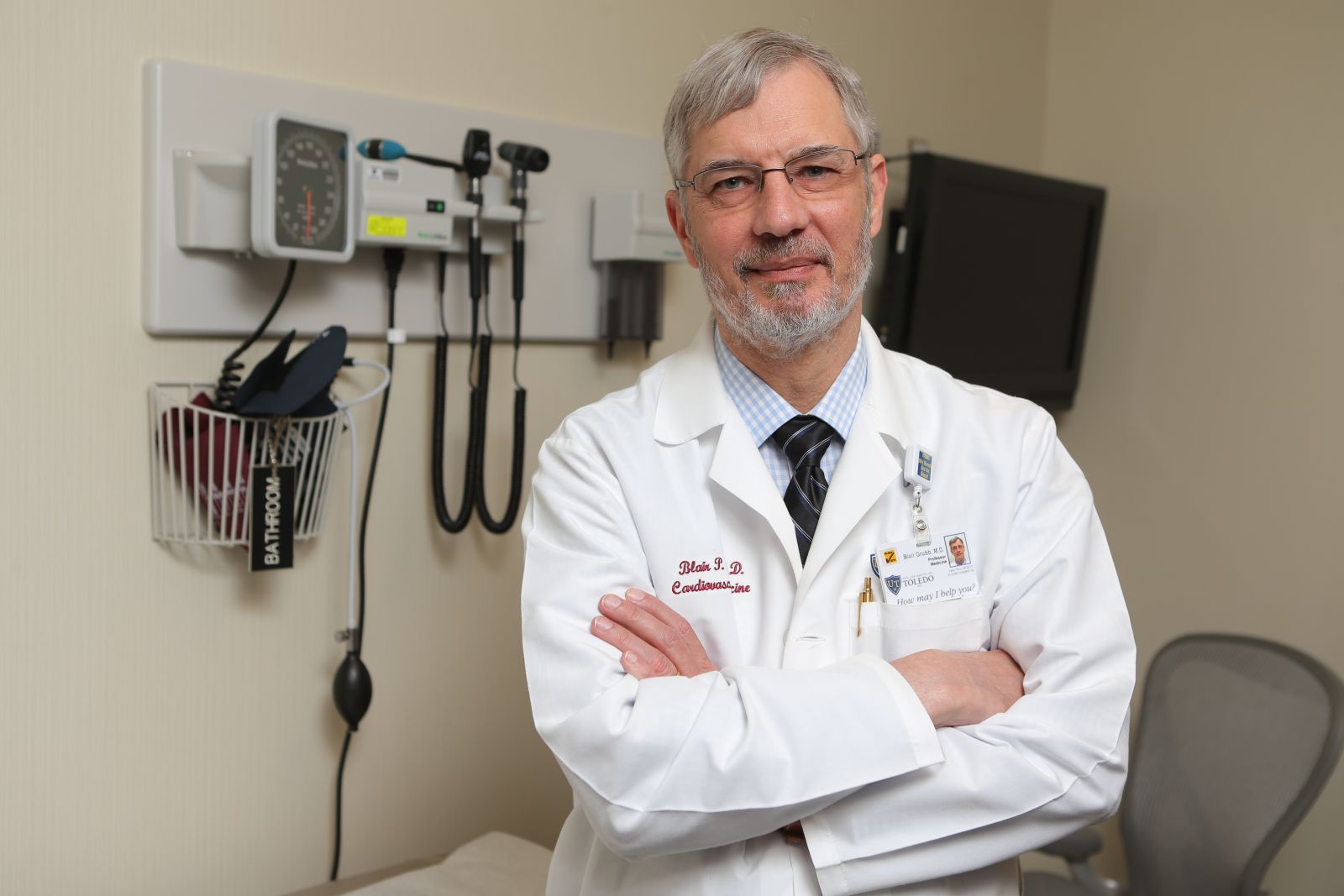 Blair P. Grubb is a native of Baltimore, Maryland and earned an undergraduate degree in Biologic Sciences from the University of Maryland (Baltimore County). He received an M.D from the Universidad Central del Este in the Dominican Republic. He completed residency training at the Greater Baltimore Medical Center where he was also Chief Resident: While doing a rotation in cardiology at the Johns Hopkins Hospital he became interested in Cardiac Electrophysiology after watching some of the first human defibrillator implants. He then completed a fellowship in Cardiology and Cardiac Electrophysiology at the Pennsylvania State University. He is presently a Professor of Medicine and Pediatrics at the University of Toledo, Health Science Campus where he is also director of the Electrophysiology Program and the Syncope and Autonomic Disorders Clinic at the University Medical Center. He has authored over 240 scientific papers as well as 5 books, and 35 book chapters. He has been awarded the University of Maryland’s Distinguished Alumnus Award (1994), as well as the North West Ohio American Heart Associations’ Legacy of Achievement Award (2001), the Medical University of Ohio’s Deans Award for teaching excellence (1996) and the Leonard Tow Humanism in Medicine Award (2006). He has been recognized as one of “Americas Top Doctors” for 15 years in a row and is also been recognized as one of "Americas Best Doctors" for 12 years in a row. In 2009 he received the University of Toledo's Distinguished University Professor award (the first physician ever to receive the honor) and received it again in 2015 (one of the few in UT’s history to receive it twice). In 2015 he received the Physician of the year Award from Dysautonomia International. He also received the “Medical Professional of the Decade” award from the British Heart Rhythm Society and Arrhythmia Alliance in 2015, as well as the University of Toledo’s “Dean’s Award for Career Achievement” for 2015. In 2016 he was given the Dion D. Raftopoulos/Sigma Xi Award for “Outstanding Research”. He was awarded the University of Toledo’s “Outstanding Research and Scholarship Award” in 2017, as well as the University’s “Outstanding Contributions in Scholarship and Creative Activity Award” in 2018. He was presented with the Dysautonomia Support Network’s “Revolutionary Researcher Award” in 2019. He is widely considered one of the world’s leading authorities on syncope and disorders of the autonomic nervous system. His research has helped develop a whole new field of medicine: Autonomics, and he has pioneered many of the diagnostic and treatment modalities that are in common use today. He is a senior editor of the journal PACE and sits on the editorial boards of numerous other journals. His hobbies include writing, and he has published over 50 essays and poems, (as well as drawings and photography). A collection of his essays has been published as a book entitled “The Calling”. He is a survivor of renal cancer, an event that fostered his interest in promoting Physician Wellness. He is a member of the Union of Concerned Scientists and Physicians for Social Responsibility. He was the husband of the late Barbara Straus M.D. for 38 years and has 3 children: Helen, Alex and Margaret. He is currently married to Dena Eber PhD.