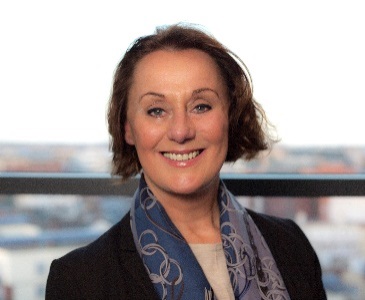 Professor Rose Anne Kenny holds the Chair of Medical Gerontology at Trinity College Dublin and is the Founder and Principal Investigator of The Irish Longitudinal Study on Ageing (TILDA), Ireland’s flagship research project in ageing. Professor Kenny’s research focuses on the causes and consequences of neurocardiovascular ageing. In 2016, she launched a new 120 bedded clinical research institute on the site of Ireland’s largest teaching hospital (St. James’s Hospital), where she is Director of a state of the art dedicated Falls and Syncope facility – the largest such clinical model in Europe. Prior to her present appointments, she held the Chair of Cardiovascular Research at the University of Newcastle Upon Tyne, UK, where she was Head of the Academic Department of Medical Gerontology for 12 years. Professor Kenny has held a number of senior positions including, Chair of the American Geriatric Society: Falls Prevention Guidelines (2001 & 2011), Chair of the European Cardiac

Society/ European Heart Rhythm Association Guidelines for Syncope units (2015), Member of the European Cardiac Society (ECS) Syncope Guidelines Taskforce 2018, Board Member of the EU H2020 Advisory Group for Societal Challenge and Co-Chair of the working group “Transforming the Future of Ageing” lead by the Scientific Advisory Policy by European Academies (SAPEA). She is also Advisor to the Irish Government for Jobs, Enterprise and Innovation and the Irish Citizens’ Assembly on Ageing. She has received a number of international awards and has published widely, authoring over 500 publications to date. In 2014, she was the first female physician to be elected as a Member of the Royal Irish Academy (MRIA) and is a Fellow of the Royal College of Physicians of Edinburgh, London and Ireland (FRCPEdin, FRCP & FRCPI) and a Fellow of Trinity College Dublin (FTCD).